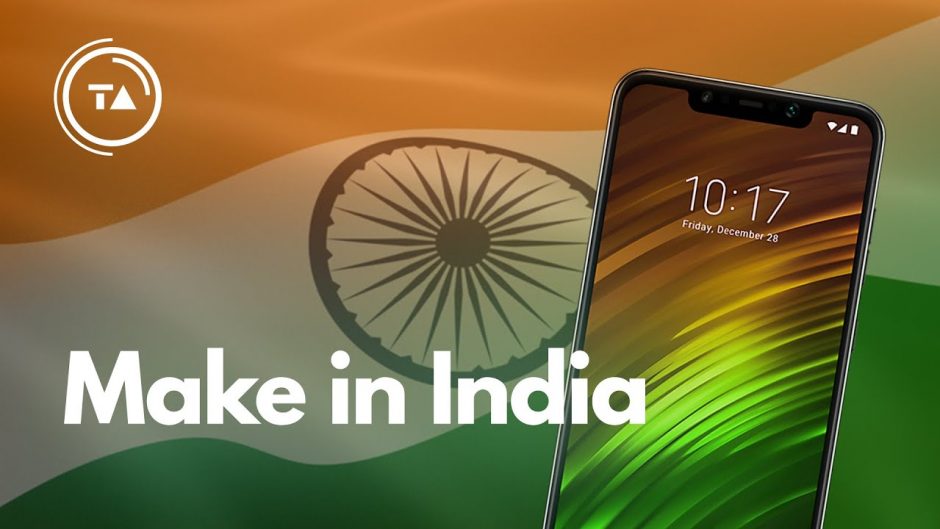 Thanks to Curiosity Stream for sponsoring
this video. If you are a phone geek like me, you must
have noticed it already. India gets many of the coolest phones
these days. Just to name a few, Xiaomi and OPPO have both built whole new brands for India with Poco and Realme and Samsung made their super aggressively priced new M series phones here. And not only do these India-first offerings
put the devices we in the West have to shame in terms of price/performance ratios, increasingly,
they are also made in India. So in the 48th Episode of the Story Behind
series, let's explore why the Indian Smartphone industry has become so competitive and if
the country can take this recent smartphone boom to the next level and become a true smartphone
superpower. Quick note before we start: This video
reference a tons of statistics, government policies and articles, so if you want to explore those yourself, I've actually linked a ton of sources in the description of this video, so take a look at them.

Alright, back to the video! India actually already had a brief moment
with home-grown smartphone brands a few years ago. Back in 2014, over 2/3rds of the phones in
the country where sold by Indian brands like Micromax, Karbonn, Intex and Lava, and that
same year, Micromax actually managed to outsell Samsung
for the first time ever and briefly became the largest mobile brand in India. This explosive domestic success didn't last
very long though, as just a year later, Samsung re-claimed the throne, and Chinese brands
like Xiaomi, OPPO and vivo started entering the market. Turns out, the Indian brands didn't really
stand a chance against this new onslaught, as their whole strategy was just to buy ready-made
phones from second or third tier manufactures in China, stick their logos on them and sell
them to customers in India. Of course that didn't hold up against brands like Xiaomi and OPPO, who had
large R&D facilities, extensive control over their own hardware, as well as deep, deep
pockets from their successful operations in China. According to this fantastic article by Gadgets360,
when Chinese brands like OPPO entered the market, they initially paid up to $110 per
customer acquisition, compared to the $3.2 dollars some local brands where paying at
the time.

That is an insane 30x increase in marketing
spending, even if it was a temporary one. In a similar vein, Xiaomi didn't spend much
on marketing, but had no trouble losing money on phones for years in India to build up its
brand and drive competitors out of the market. None of the more simple Indian companies could
keep up with either of those, so it's no wonder that by now, they have lost ground and only
Micromax occasionally manages to make it to the top 5. But in their frenzy to out-spend and out-compete
each other, these foreign companies quickly realized that, in order to win in India, they needed to invest
more and more locally. Samsung, OPPO, Xiaomi and Huawei now all have
local R&D facilities in India, even if they are somewhat small, and all major brands now
assemble the majority of their phones sold in India domestically.

In fact Samsung has recently opened the largest
mobile manufacturing plant in the world by output in India, and Foxconn, the world's largest electronics
manufacturer has also opened up multiple factories here, including ones for Xiaomi and even for
Apple to assemble some high-end iPhones. These phones, while assembled in India, still
use components that are mostly imported, but that's a major step forward nonetheless.

So in a sense, things have kind of come full
circle. Instead of Indian companies selling phones
made in China though, now it's Chinese (and Korean) companies selling phones made and
to some extent developed in India. That's still far from India having it's own
Samsung or Xiaomi, but it is a significant revival of the industry. So, let's look at why this revival is happening. It starts with macro-economic factors. India has over time become the second largest
smartphone market in the world and is the only large one that is growing significantly. All other major regions are suffering declines,
so India has become crucially important as a market. At the same time, China, the original factory
of the world is losing its attractiveness as a manufacturing hub. With manufacturing wages having tripled over
the last decade or so, environmental and labor rules getting stricter, taxes rising and the
US-China trade war in full swing, companies are more eager than ever to move their factories
out of the country. India, together with Vietnam and other South-East
Asian countries are a logical destination country and indeed, India has recently toppled
China to become the largest recipient of foreign direct investment in the world.

Seeing the increasing attractiveness of India
as both a market and a manufacturing hub, the Indian government has implemented the
so-called Make in India strategy. Make in India covers many industries, not
just phones, but in this video we'll just focus on its impact on phones. Under the plan, the government simplified taxation and labour regulations, it encouraged infrastructure development and it made it significantly easier
for foreign companies to invest into India.

It has also introduced the so-called Phased
Manufacturing Programme, which is a step by step plan to incentivize phone makers to bring
their manufacturing to India. Step one of the program is to first slap
import tariffs on finished phones coming into the country, but let components come in mostly
untaxed. This is supposed to encourage phone brands
to assemble their phones in India from imported components first, and it seems to have worked
very effectively. India has recently become the second largest
phone manufacturer in the world after only China, there are now well over 200 manufacturing
plants across the country, up from just 2 a few years ago, and the ratio of imported devices dropped
from 78% to below 18%. 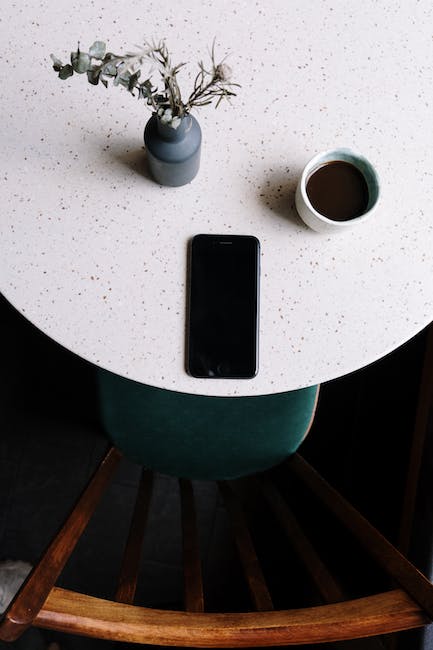 Step two in the programme is slowly implementing
import duties on components one by one to encourage also the domestic manufacturing
of the individual components, not just the assembly f them. As you can see, the government planned to
start with simpler components like chargers and batteries, and is planning to add increasingly
complex components like microphones, printed circuit boards, camera modules and touch screens
over time. Progress with this plan has been made too,
but it's slower than expected. According to Counterpoint research, India
still imported $13 billion worth of components in 2018, which accounted for 80% of value
of the phones made in India, and domestic component manufacturing is lagging behind
the planned output significantly. While the first two stages have seen some
success, the third and current stage, which is the most important as it accounts for 62%
of the value, has seen very little success so far, meaning that more complex components
are still mostly imported. The first PCB manufacturing plants are already
being set up by companies like vivo, but things are taking longer than expected.

Either way, despite being behind schedule,
I think the direction is pretty clear. India went from being a completely
import-driven phone economy to having a reasonably large manufacturing sector, and there are no signs of a slow-down. In fact, the government has set the goal of
manufacturing 500 million phones in 2019, of which it actually wants to export 120 million. Now, I think that's a little optimistic,
given that we are pretty deep into 2019 and we haven't seen any exporting activity yet, or at least I couldn't find it, but it is an impressive state nonetheless.

Now, the last question is how this smartphone
boom will impact Indian companies. Cause having foreign companies manufacture
stuff domestically is of course better than nothing, but on the long term, can't be a
sustainable strategy. I personally think big, home grown success
stories will take a significant amount of time to develop and I also think that India might be a little late to develop its own major smartphone brand, this market feels very mature, extremely competitive
and extremely oversaturated already. But there are other areas that we
could see promising Indian companies in. In fact, the first crop of them have already arrived. Reliance Jio, a gigantic Indian conglomerate,
has wiped the floor with competitors in the smart feature phone business with its home-grown
JioPhone line selling tens of millions of units out of nowhere, and while these aren't
advanced smartphones per-se, they are hugely important for the Indian market.

Similarly, chipmaker Signalchip is the first
Indian company to bring microchips to the market. They are currently focusing on 4G and 5G modems
and microchips for base stations, which are the units that beam radio waves for mobile
networks around, and it's still unclear just how good their chips really are, but the fact
that an Indian company was able to design and bring something as complex as semiconductors
to market at all, is a massive step forward for the country. And as foreign companies bring more and more
knowledge and capital into the country, as the infrastructure and the supply chains improve,
I see no reason why similar success stories wouldn't become more common in the future.

Success breeds success, and overall I'm very
positive about the outlook of Indian tech companies. One last way I'd like you to think about the rise of Indian tech companies is through this model of technology transfer that I admit I just made up. Let's take a look. Typically, the more complex a technology gets,
the more profitable it becomes to make it. Countries and companies typically work their
way up this ladder, chasing each other over time. And what we are seeing is India entering at
the bottom, taking away some of the low-end assembly work and simple component manufacturing
from China. China is moving up this latter, making better
and better phones like the Huawei P30 or the OPPO Reno for example, squeezing companies
like HTC, Sony and LG out of the commodity smartphone business.

Korean, Japanese and Taiwanese companies are
also moving up the ladder, focusing more and more on high-end semiconductors, memory chips,
camera sensors and so on. Of course all of this is an oversimplification,
but I think it illustrates quite well how countries and companies have to move
up this value chain quickly enough to offset losses they see at the bottom. And it will be really interesting to see how quickly India can take over parts of China's old business while China is trying to encroach on those of the others.

And talking of encroaching, I've recently
spent a ton of time on Curiosity Stream, binge watching documentaries like this one, which explains how the first picture of the black hole was taken and how black holes work in general, which
is something every geek should know. You can watch it or any one of Curiosity Stream's
over 2400 documentaries and non-fiction titles for free for 31 days using my links in the
description. Curiosity Stream features original content
from Stephen Hawking, Jane Goodall, David Attenborough and many more, it was founded
by the founder of the Discovery Channel and works on essentially every device ever, including
computers, phones and smart TVs. It only costs 2.99 if you decide to get premium
after the free trial month, so if you are ready to binge some high quality documentaries, then go to curiositystream.com/techaltar and use the promocode "techaltar" to get 31 days of free premium access to Curiosity Stream, and to support my channel as well.